Written by Zack Newsome on December 1, 2008. Posted in Creativity. Leave a Comment 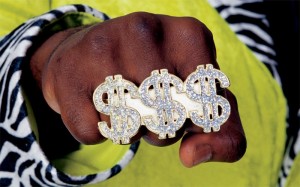 Within the communitas circles of CRM, we’ve been talking a lot about the future of mission, especially how it will be funded.Â  It is clear that as paradigms of church change and we more and we feel more of the effects of a US economy officially in recession, the financial resources available to those involved in mission are harder and harder to come by. For some, these realities will inevitably be seen as a season as they cling to the hope that all will go back to normal as things right themselves.Â  For others, it propels us deeper into discussions and considerations that we’ve been anticipating for a while now – that new streams of funding must be explored for those who exist in mission roles (overseas or on domestic soil).

This week, the various site communitas site leaders (Phil Alessi in New York City, Doug Humphreys in San Diego, & Mike Brantley in New Orleans) are going to be in Phoenix and one of the topics that will no doubt be at the top of our list is the “future of funding”.

One of the things we’ve been talking about here in Phoenix is the starting of micro-businesses.Â  Starting businesses both are redemptive (at least if done right) and allow for some great flexibility for those involved in mission.Â  Some that we’re exploring: a small web/print design company, t-shirts and other silk-screened items, fair trade items imported directly from AIDS-affected communities in Africa, and candy machine routes. What we’re shooting for is for them to provide at least part-time employment to those involved, allowing those on mission with us to have a source of income while ensuring some margin for life/mission/etc.

Andrew Jones has been hosting a “recession-centered” conversation about funding on his blog that has both been insightful and interesting.Â  Check it out here.Â  He also poses an interesting question about how we might invest in the church to help it sustain itself through the recession that’s worth some thought.Â  Andrew recently linked here as a part of the discussion (thanks!)

What do you think about all of this?Â  What needs to change?Â  What are your ideas to re-imagine funding for those involved in ministry in various capacities?